Since 1980, this company has introduced a wide range of robotic systems armed with productivity that helps in high speed and precision performance in manufacturing. Mitsubishi extended its range of compact SCARA and articulated arm robotics with the addition of Codian Robotics’ exclusive

This is the largest US-based industrial robotics company. The company’s intelligent automation products include mobile robots, industrial robots and other automation equipment, applications software, machine vision, and systems. In 2015, the Omron Corporation acquired Adept Technology Inc. to create this entity.

Covering a diverse range of industries and applications, FANUC Robotics offers more than 100 models of industrial robots that are easy to operate and provide great flexibility. FANUC has never taken its market dominance for granted and has been dynamically working on smarter & flexible solutions, particularly those that incorporate Artificial Intelligence (AI).

This is another Japanese brand that has led the industrial robotics industry since the first launch of its all-electric industrial robot Motoman in 1977. With more than 300,000 Motoman robots, 18 million inverter drives and 10 million servos and 18 million installed globally, Yaskawa have successfully commercialized optimum robots for various uses including arc welding, assembly, dispensing, material handling, material removal, material cutting, packaging industry, and spot welding.

German industrial giant Kuka is one of the world’s largest producers of robotics that is used to manufacture automobiles, characterised by its signature bright-orange crane-like bots. KUKA Robotics offers a fully integrated range of automated robotics, control technology, and customized software solutions. Since 2004, automation and robotics have been the company’s primary focus, and non-core areas have been closed or sold. In 2016, Kuka, a company whose robots already grace several factory floors was acquired by Midea Group, the Chinese household company for USD$3.9 billion.

This pioneering company first entered the North and South American Market in 1984 as the EPSON Factory Automation Group. Originally founded to support automation needs, EPSON quickly became prominent in many of the largest manufacturing sites throughout the world. Over the past three decades, EPSON Robots has been leading the automation industry for small parts assembly products and has introduced several industry firsts including compact SCARA robots, PC based controls, and much more.

With over 160,000 robotics installed worldwide, the Japan-based Kawasaki is a leading provider of industrial robots and automation systems with a broad product portfolio. Kawasaki robotics was the first in Japan to commercialize the industrial robots. Since then, they have developed several robots as a domestic pioneer and have contributed to growth in many industry verticals through automation and labor-saving systems. In 2015, the company began sales of duAro, an advanced, dual-arm SCARA robot that can work alongside humans.

This is a global mechatronics solution provider, rooted in a proud heritage of engineering, with three core activities: Connectors, Robotics and Textile. Since 1892 when it was founded, the Staubli Group has expanded both geographically and technologically. With the acquisition of Unimation – a prominent vendor in industrial robotics industry– Staubli continued its dynamic path into the most advanced and innovative industrial sectors. The company has launched a new range of collaborative robots and is investing further into its software business.

Based in southern Germany, Durr is a leading mechanical and plant engineering firm with outstanding automation expertise joined forces with Kuka, another giant in automation technology sector to develop an integrated solution for automated paint application. In 2017, the company’s painting robot business achieved new records in incoming orders, and sales, despite intense competition. The growing demand for the Dürr robot can be attributed to the growing ongoing automation of vehicle paint technology.

This trendsetter started developing industrial robots in 1967 and in the early 1980s. The company developed 4-axis and 6-axis industrial robots that have unlimited freedom of movement. Today, DENSO subsidiary DENSO WAVE develops high-productivity robots, designed to maximize the efficiency of operations in the manufacturing of engineered products including automobiles and medical instruments. Denso Wave has been growing over many years, the company has brought to execution a compact body that allows the robot’s operation amid the equipment used to perform manufacturing operations.

Read more: Top 5 Ways in Which Robotics Has Changed our Lives

This is a Michigan-based company that spans a broad range of manufacturing fields including machining products such as tools, and ultra-precision machines as well as robotic systems for reducing power consumption and automating production lines. Owned by the Nachi Fujikoshi Corp, Nachi Robotic Systems boasts an impressive product lineup of industrial robots, integrated vision systems, and cutting-edge technology. The company recently introduced MZ12 robot to the market that is capable of transporting 12 kgs, which has the major demand in electronics and EMS sector.

Part of the world’s largest automotive groups and one of the prominent suppliers of industrial robots and robotized processes, Comau Robotics is a market leader. The company has launched a wide range of innovative products, perhaps most importantly the largest collaborative robots on the market. Their industrial robots are designed and developed to be integrated into applications where accuracy, speed, repeatability, and flexibility are of most importance.

This company is renowned for developing safe, flexible and easy-to-use robotic arms that serve a range of industries, including food and tobacco production, metal and machining, automotive and subcontractors, pharma and chemistry, furniture and equipment and scientific and research industries. This Danish company develops lightweight industrial robots that streamline and most importantly automate repetitive industrial processes. These robots are most commonly used for injection, molding, pick-and-place, CNC, quality inspection, packaging and palletizing, assembly, machine tending, and gluing and welding applications.

This conglomerate is a global leader in the manufacturing of robots, injection molding machines, and peripheral equipment for the plastics sector. Austria-based auxiliary equipment maker maxed out its recently extended robotic manufacturing competences in 2017, shipping more than 5,000 robots last year. To capitalize on the growing interest in robotics and automation systems, Wittmann released several innovative products in 2017, including the Primus 16 and Primus 14 robots for standard pick-and-place applications.

In the year 1981, Yamaha Motors acknowledged the challenge to develop a completely new breed of industrial robots. Since then, this Japanese giant has provided a range of cutting-edge industrial robots to the marketplace that is unsurpassed for speed, payload, and dependability. The current industrial robot line-up is the culmination of more than three decades of experience in YAMAHA’s own manufacturing plants and thousands of others around the world. Yamaha Robotics has the capability to provide Cartesian systems in several configurations, as well as exclusive 2-axis YP high-speed pick and place models.

With more than 3000 successful welding robot systems operational worldwide, IGM is the only manufacturer from Austria to specialize in industrial robots developed for arc welding in heavy mechanical applications. IGM welding robots are used in fields such as wheel-bearing production and mechanical digger, locomotive and rolling stock construction and boiler manufacturer, bridge construction and shipbuilding along with applications in mobile cranes and forklift trucks.

The global industrial robotics services market size will grow to USD 335.7 billion by 2021. Click HERE to see the latest driving factors, competitive landscape and future trends in this market.

One of the early collaborative industrial robotics companies, Rethink Robotics has been grabbing a lot of interest lately. The company helps robot makers meet the challenges of an agile economy with an integrated workforce, combining safe, trainable, and cost-effective robotics with skilled labor. Its Baxter robot, powered by Intera, an advanced software platform, provides world-class manufacturers in automotive, plastics, electronics, consumer goods and more, a workforce multiplier that optimizes labor.

Read more: Artificial Intelligence of Smart Robots – Are They as Good as Humans?

With more than two decades of experience in mechatronics, Schunk has become one of the world’s most important providers of mobile gripping systems for industrial robotics. The company’s mechatronic lightweight arms, grippers, gripping hands, modular systems, and the rotary modules from SCHUNK has already set a benchmark today in several applications. Schunk is consistently expanding its module program for gripping systems with the simple aim to further simplify operation and control. 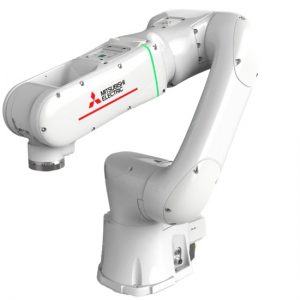 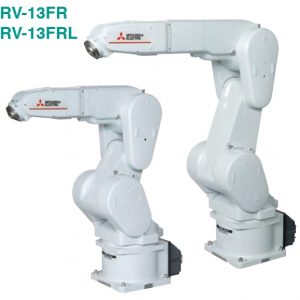 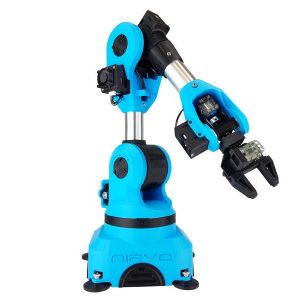 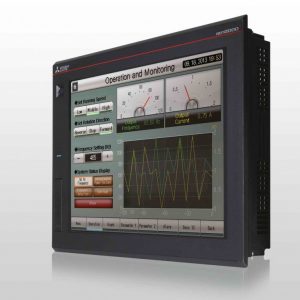 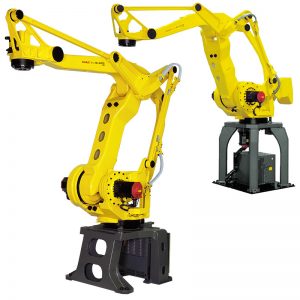 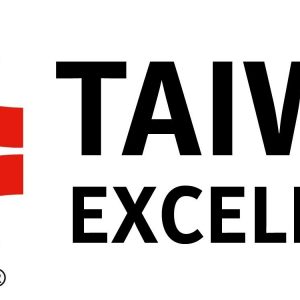